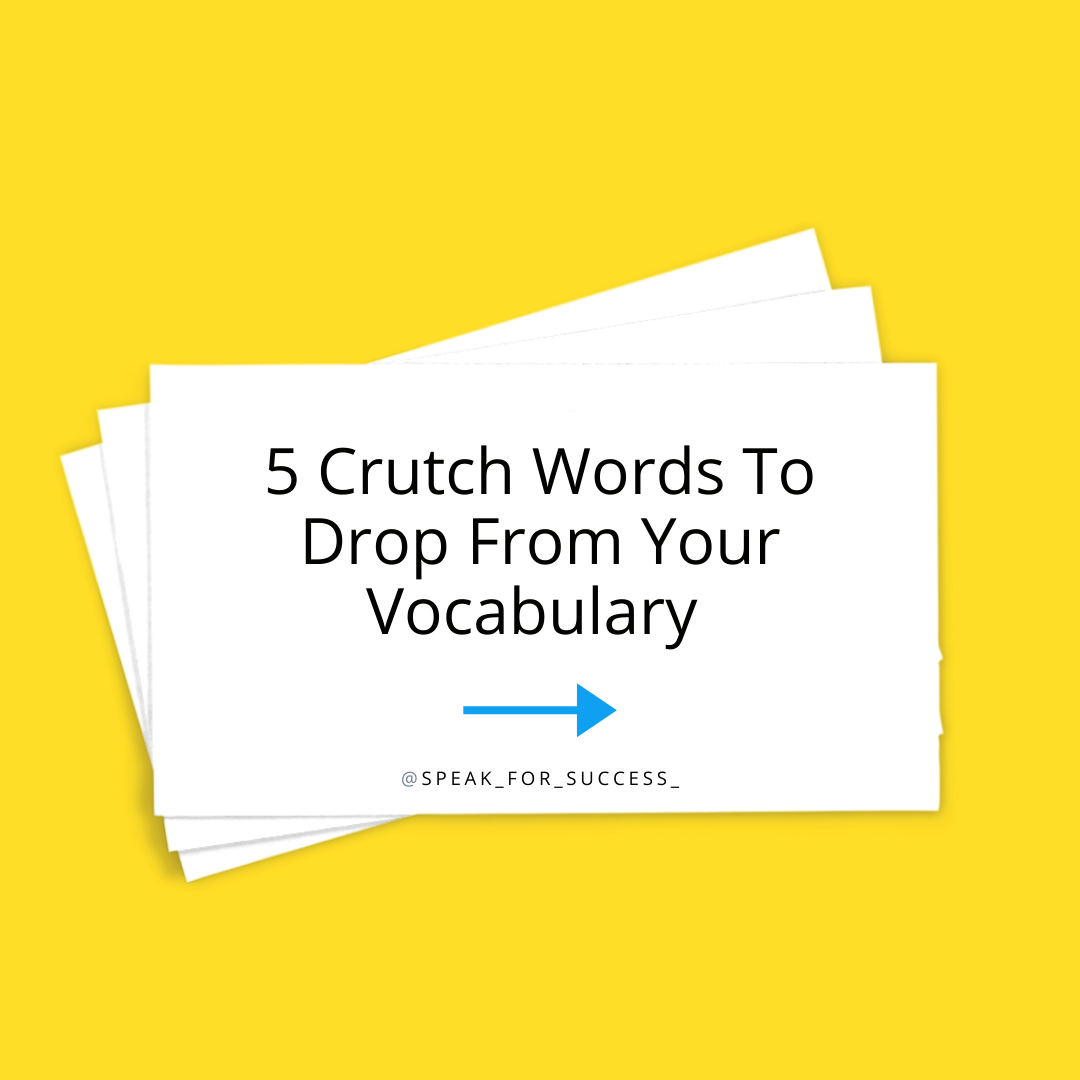 Did anything in our first sentence stick out like a sore thumb to you? Maybe it was the “literally” or the “actually” or even the “like.” The bottom line is – for most people, adding in these Crutch Words while they speak and even write has become the norm.

However, while it’s become normalized, it can still take away from the impactfulness of our message. While words like “really” and “actually” are often believed to accentuate a statement, they instead clog up your sentence with meaningless expressions that take away from your true message.

Why do we use Crutch Words?

Crutch Words are usually used as fillers in our vocabulary when we pause to think about our next words. But – after years of continuous use, a lot of the time we use these Crutch Words without even realizing and for no good reason but for the fact that they’re ingrained in our brains.

Luckily, actively being aware of and catching yourself when using these Crutch Words can help you become a more clear and concise speaker and writer.

Let’s take a look at 5 common Crutch Words you can work towards removing from your vocabulary.

We often use this word to emphasize our interest in a topic or to assure somebody we’re in agreeance. Next time, instead of saying, “I totally think we should go that route as well,” try, “I agree with going that route,” or even just a simple, “I agree.”

We touched on this word above but next time you feel the need to use the word actually, “I actually have no idea” try saying, “I’m not sure” instead.

Awesome is a lesser-known Crutch Word but something we probably use on a daily basis (guilty as charged). Next time somebody presents an idea to you instead of replying with “Awesome!” try expanding your thoughts, “I enjoy the way everything turned out” or “That sounds like a good idea.”

We touched on “Literally” above as well but it is one of the most used Crutch Words. If you want to show someone how legitimate or true a statement is, instead of saying, “You won’t believe what literally just happened to me,” try removing “literally.” The chances are the story that follows the statement will speak for itself.

Looking at this list might be a daunting ordeal. Think about how often you and the people around you use these words. However, working to remove these Crutch Words and phrases from our vocabulary, even if it’s just one word at a time, is an important step on your public speaking journey.

How to Recover From a Mistake

A simple strategy to help you avoid “going blank”.